Skip to content
April 20, 2016 robinchappell
GREAT MORNING!!!
It is a gorgeous and sunny morning outside and today also happens to be April 20, 2016, which is known as “420”! This date goes down in history and is recognized as the national weed smoker’s holiday. 420 has become a popular term referencing marijuana consumption around the globe. It is used in songs, ads, and anything having to do with the herbal plant that many individuals consume on a daily basis. This is an unofficial cannabis holiday, but if you are a habitual smoker and happen to know anything about marijuana, then you are definitely familiar with the term and it’s numerous uses. 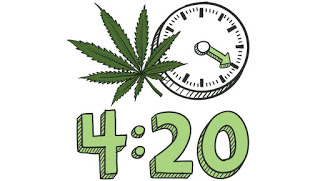 However, there are countless myths which surround the meaning and the origin of this popular number. Some say that it was used as a police radio code for spotting marijuana consumers, while others would argue that it originated from a Senate bill in California called “Senate Bill 420”, which is the Medical Marijuana Program Act. Then there is the myth that it became popular because of a Bob Dylan song titled “Rainy Day Women #12 and 35”. As legit and logical as some of these may sound, neither of them are actually the true origin of 420 and will always remain “myths” but never facts. So today’s blog is dedicated to giving knowledge on the true creation of 420 and helping those who celebrate it share some of it’s history today among what I am sure will be interesting and “influential” discussions with your peers. Want to hear an interesting story? Well here goes! 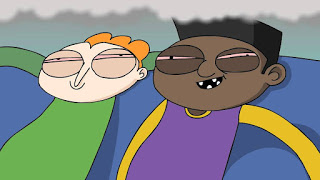 This story takes place in San Rafael, California about 45 years ago and involves five young high school students. They called themselves the Waldos, because there was a particular wall where they just so happened to meet up and hang out every day at school. This group of friends loved to have fun and would go on what they called “safaris”. They would explore abandoned buildings, scope out new locations, and just goof off and have fun like any normal group of teenagers. Then one day they stumbled upon what they called the ultimate safari in 1971! Someone they knew particularly well presented a hand drawn treasure map to them one day, which gave directions to an abandoned marijuana grow located nearby in Point Reyes Peninsula. The grow happened to be on federal land and belonged to the brother-in-law of a friend that was enlisted in the Coast Guard Reserve. Because of this, he grew fearful of getting caught and abandoned his plants, offering them freely to those who could find them on the map he had created.
The Waldos could not resist and decided to set out on this excursion by setting up a plan. They met up at 4:20 p.m. every afternoon to smoke a joint and head out to the coast in search of this amazing location in a ’66 Chevy Impala and nicknamed it the Safari Mobile.

This hunt became interestingly fun and even gave them new experiences to remember, but after several weeks of looking, they were unsuccessful. The Waldos soon gave up on the hunt and figured maybe it was too good to be true, but the 4:20 p.m. meetings never ceased and became their spoken code that baffled their teachers, coaches, and parents as to what they were up to. One of the Waldo’s had a father that was head of the narcotics enforcement department at the San Francisco Police Station. Soon, the students noticed that 420 was being used everywhere around California and noticed it carved in to desks, spray painted on benches, and referenced in songs.
“I thought it was pretty funny,” said Reddix, one of the members of the Waldos. “What started out a little funny joke, a secret code, turned into a worldwide phenomenon.” Warner, Joel.”420 Meaning: The Very Odd Beginnings of Marijuana’s Holiday”.internet.www.ibtimes.com.
The phenomenon grew bigger and bigger as time moved on, but the Waldos stayed out of the attention of the media, stayed away from any events, and never desired self promotion. They moved on to have families and get jobs, but have recently came forward in to the limelight. They now have a website called 420waldos.com and you can read more about their past adventures and where they are now. They are now launching businesses and connections with the growing marijuana industry. They even just recently found the guy in the Coast Gaurd who owned the marijuana grow they searched for after six long years of searching and hiring a private investigator! For now, the Waldos are being very secretive on what their business ventures will include in the future but everyone is sure it will be pretty big and contribute a lot more to the history of the 420 term!

The Original Waldos 2016
Everyone knows what today includes. There are events going on in Colorado, Amsterdam, and all over the globe celebrating recreational and medicinal marijuana consumption and I wish everyone in participation a Happy 420. Furthermore, everyone just make sure to be safe in whatever you do. Be aware of your surroundings and aware of who is supplying your fun. It is 2016 and there are always consequences to whatever you do but whatever is done, make sure it is done RIGHT. I hope this blog finds you in good spirits and gave you something new to learn about and discuss! Have an EPIC DAY!!
Solidify Your Life!!!